Brian Pack: An appreciation from the Institute of Auctioneers and Appraisers in Scotland 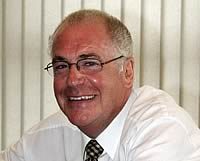 Brian Pack will quite rightfully be remembered as a major force in Scotland’s livestock industry.

His influence on farming and rural affairs across the country was immense, as has been clear from the tributes paid to him following his death, aged 74.

Everyone associated with the Institute of Auctioneers and Appraisers in Scotland (IAAS) has been saddened by the news of his passing.

Brian was an honorary member of the IAAS, having been a powerful advocate for the auctioneering industry and work of the Institute over many years.

As chief executive of ANM Group, he held one of the highest profile positions within Scottish agriculture.

In among the tributes to him, Scotland’s former rural affairs secretary, Richard Lochead, described Brian as “nothing short of a one-off colossus” in Scotland’s agri-business and rural sector.

Such was his sharp intelligence and vast experience, that many – including the Government – turned to Brian as an expert in farming policy and industry issues.

He worked tirelessly for the good of Scottish agriculture throughout his career, perhaps most prominently as chief executive of ANM Group.

His experience was of benefit to the whole industry, with Brian having a strong input into the work of IAAS, attending many meetings and conferences.

Brian was also a strong supporter of a key element of the Institute’s work by encouraging younger members to become involved and make their voices heard.

Over many years, he represented IAAS at an array of stakeholder meetings across the country and proved a particularly powerful voice as the industry responded to the problems caused by BSE and the foot and mouth crisis.

As an advisor to the Scottish Government, he authored two influential reports, one on the future of farm support mechanisms, the other on reducing red tape and bureaucracy.

For many years Brian worked at the Scottish Agricultural College as an economist and farm management lecturer.

He went on to join Mackie’s Dairies at a time of its rapid expansion before becoming a partner in Farm Data – one of the UK’s first companies to offer a computerised farm accounting package – then embarking on his move to ANM. Major projects there included the launch of the newly-built auctioneering centre at Thainstone, Inverurie.

Among the many accolades recognising his services to agriculture was an OBE in 1999 and an honorary doctorate from Aberdeen University in 2017.

Brian was made an honorary member of the IAAS in 2004.

He is survived by his wife Pam and sons David and Alan.