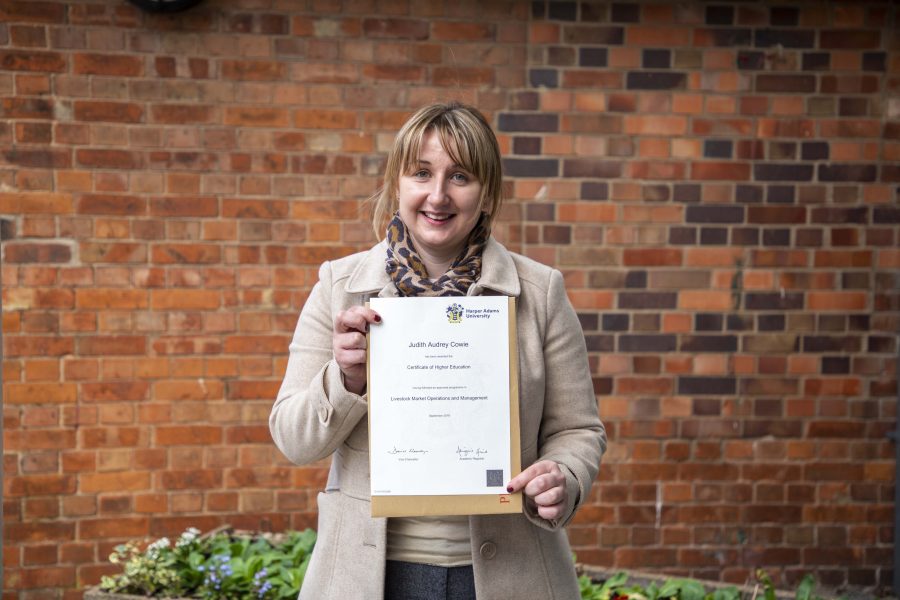 The academic achievements of a hard-working Scottish student have been rewarded with a prestigious livestock industry accolade.

Judith Cowie was presented with the MJ Thomson Award as she graduated from the Livestock Market Operations and Management course at Harper Adams University.

The prize, awarded by the Institute of Auctioneers and Appraisers in Scotland (IAAS), recognises the dedication of an up-and-coming professional to succeed in their studies on the industry-leading course.

The certificate of higher education is seen as the professional standard for entry into the livestock auctioneering sector. Students work towards it over four years while also in full-time employment. It is also the route to entry of the IAAS.

Judith, 29, is a Livestock Procurement Officer at Wallets Mart and Galloway Primestock in Castle Douglas.

The MJ Thomson Award is presented in memory of former IAAS President Matthew Thomson, whose family have long played a leading role in auctioneering in southern Scotland.

His grandson John Thomson, a director of C&D Auction Marts, said: “Matthew Thomson would have been delighted to see this award being won by an up and coming member of the Institute and particularly by someone from South-West Scotland. Congratulations to Judith Cowie.”

The IAAS, which represents the interests of livestock markets and the role they play in Scotland’s rural economy, supports Scottish students in their studies at Harper Adams as part of its work to nurture the next generation of auction professionals.

“The team at Harper work hard to keep the course current to issues and requirements which face our livestock markets. As we all know, the livestock industry is increasingly changing and the knowledge and contacts made over the last four years are of great use for the future.”

Judith, from Gatehouse of Fleet, also farms in her own right with 160 ewes and 30 cows, 10 of which are pedigree Belted Galloways. She is well known on the agricultural show scene and had a successful 2019, winning the Beltie breed championship at the Royal Highland Show and Champion of Champions at Wigtown Show with Copelaw Ruby. She is also secretary of Glenkens Show and of the Dumfries and Galloway Branch of the Blackface Sheep Breeders Association.

The Livestock Market Operations and Management course is aimed at aspiring auctioneers, animal health officers and other qualifying persons. To be considered for the programme, students must be working in the industry and be supported by their employer.

The MJ Thomson award is awarded to a Scottish student while its equivalent is awarded south of the border by the Livestock Auctioneers Association. 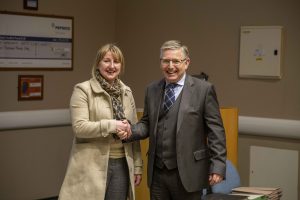 Previous PostSensible steps critical for lower carbon farm...
Next PostBrian Pack: An appreciation from the Institut...